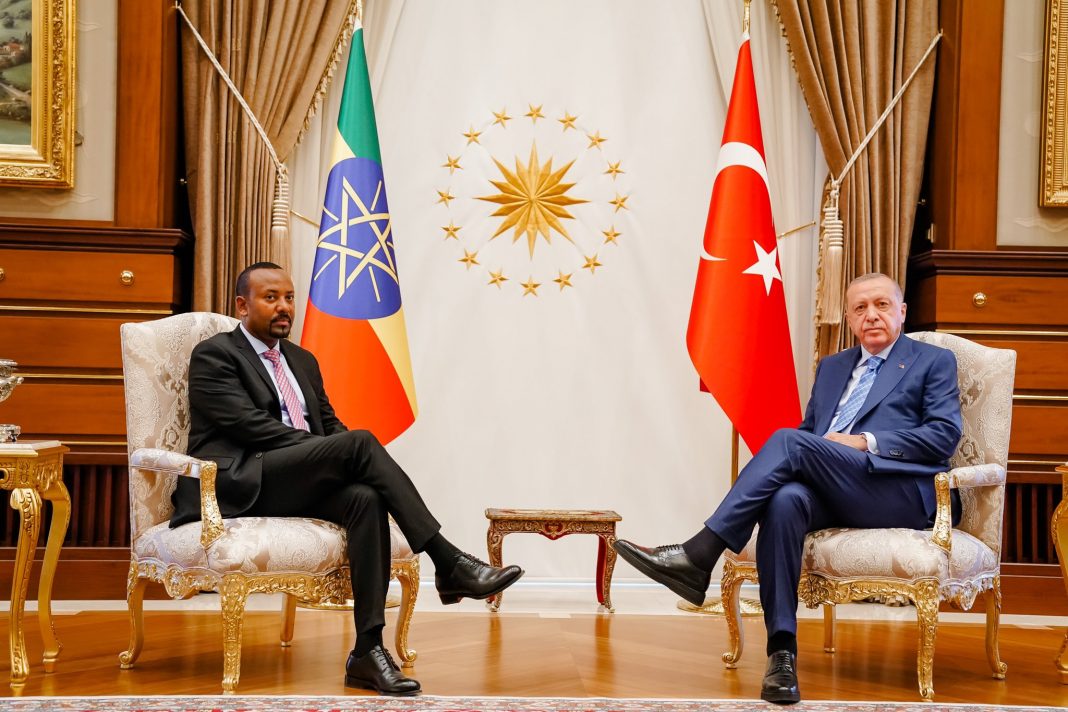 The Prime Minister of Ethiopia, Abiy Ahmed, paid an official visit to Turkey on August 18 and 19 to mark the 125th anniversary of bilateral relations between the two countries.

The first day was dedicated to the meeting with President Recep Tayyip Erdogan, with whom the main issues of regional and bilateral interest were discussed and then some cooperation agreements were signed.

Although nothing was officially leaked from the meeting, it seems that on the occasion of the signing of the agreements, it was finally ratified the transfer of the educational institutes founded in Ethiopia by Fetullah Gulen’s movement, now acquired by the Turkish foundation Marif.

The second day was dedicated to numerous protocol activities in the city of Ankara, with the traditional laying of a wreath at the Mausoleum of Anitkabir, followed by the bilateral meeting in the presence of the two political delegations. Abiy Ahmed then left Ankara for Addis Ababa late in the evening.

Abiy Ahmed’s visit to Turkey is the result of a skillful policy of strengthening the bilateral relationship at the initiative of Ankara, which, taking advantage of the occasion of the 125th anniversary of relations between the two countries, has sealed with an Ethiopian Prime Minister in obvious difficulty an important framework of cooperation.

Embroiled in an internal conflict with uncertain outcomes, accused by neighboring countries of wanting to implement a threatening policy in the management of the waters of the Blue Nile, in the midst of a crisis with neighboring Sudan for the management of a strip of fertile land, shaken by growing internal ethnic tensions, increasingly isolated internationally, Abiy Ahmed’s Ethiopia looks at the opening promoted by Erdogan’s Turkey with great interest.

Prime Minister Abiy Ahmed said openly during a press conference, “Ethiopia will never forget the help that the government of Turkey has offered us in a critical moment”, confirming the continuity of a bilateral relationship that has grown steadily over the past twenty years and that is characterized by a Turkish investment of $ 2.5 billion in various sectors of the local economy.

The Turkish President Recep Tayyip Erdogan has offered during the visit to play a role of mediation with Sudan for the solution of the dispute that divides the two countries in the area of al Fasagha. Controversy on which he has in all likelihood already probed the Sudanese willingness the previous week, when the president of the Sovereign Council, Gen. Abdel Fattah Al-Burhan, visited Ankara to meet the Turkish president.

Official communiqués did not provide further details regarding the Turkish offer of mediation, which would appear to have been positively received, however, by Ethiopian Prime Minister Abiy Ahmed also as an element of mitigation of the contextual crisis related to the GERD dam.