The conflict in Ethiopia widens, Guterres at the UN launches a new alarm

The evolution of the internal conflict in Ethiopia is constantly growing, affecting in addition to Tigray the regions of Amhara, Afar and now Oromia itself, where more than 200 people are said to have died in the clashes of the last week. UN Secretary General Guterres launches a new alarm. 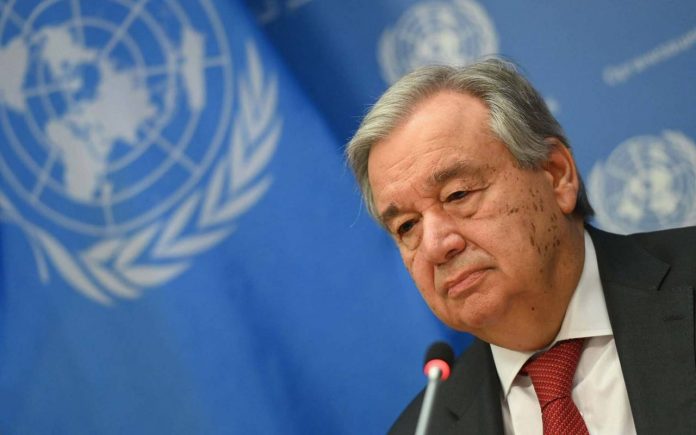 More than 200 are the casualties provoked in Ethiopia by the clashes that have been going on for over a week in the region of Oromia, where, according to local sources, the militias of the Army for the Liberation of Oromia (OLA) have occupied some outposts abandoned by the federal army in the western part of the regional state.

The commander of the OLA, Kumsa Diriba, denied any charges in relation to the violence, while claiming that the objective of his armed group is to “overthrow with arms” the government of Abiy Ahmed.

The OLA, included by the government in Addis Ababa in the list of terrorist organizations last May, has entered into an alliance with the TPLF in the fight against the federal government, announcing it publicly last August 11 and launching shortly after an offensive in the western regions of the regional state of Oromia.

Alarmed by the evolution of the crisis in Ethiopia, the Secretary General of the United Nations, Antonio Guterres, on August 26th stated before the Security Council that the ongoing conflict in the country has assumed such dimensions as to presage the possibility of a deep laceration of the unitary social fabric of the country. Guterres openly denounced the practice of “ethnic profiling” in the ongoing conflict, without naming any perpetrators although blatantly referring to the issue of ethnic Tigrinya citizens.

“The unity of Ethiopia and the stability of the region are at stake,” added Guterres, calling for an immediate ceasefire and the start of a political dialogue for national reconciliation, while it appears evident day by day that the intentions expressed last June in the aftermath of the exit of federal forces from Macallè have remained completely unfulfilled.

Guterres also criticized the “de facto” blocking of humanitarian aid to Tigray, where six million people are in a serious situation in terms of food and medical shortages.

According to the UN, over 400,000 people in the region are at imminent risk in terms of security and food, while over two million could be those affected by the crisis more generally, including displaced persons and refugees. Added to this is the drama of violence on the civilian population, systematically committed rapes and raids, characterizing the picture of the regional crisis in a context of absolute urgency.

“The military phase of the crisis is still ongoing,” Guterres continued, and indeed risks expanding and affecting more and more the regions of Afar and Amhara, where clashes are reported in several places well beyond the lines of the borders between individual regional states and Tigrai.

Moreover, the cost of the war has drained more than a billion dollars from the coffers of the Ethiopian federal state, according to Guterres, and shows no sign of abating, in the face of an increasingly difficult ability of the Addis Ababa government to access international credit.

The same day, the president of the federal state of Tigray, Debretsion Ghebremichael, replied with a letter to Gueterres, stating that the TPLF is interested in defining a negotiated peace that could put an end to nine months of conflict, provided it is managed through an impartial mediation. According to Debretsion, the intent to “exterminate the tigrinos” through hunger and deprivation is clear, as is the impossibility for the African Union to carry out a credible mediation, having – according to the TPLF – supported the conflict at the beginning of the federal government’s military adventure.

It appears difficult, at present, to envisage the possibility of direct talks between the federal authorities in Addis Ababa and the Tigrinya authorities in Macallè, since the government headed by Prime Minister Abiy Ahmed has included the TPLF and its TDF militias in the list of terrorist organizations. Any hypothesis of direct negotiation, in addition to representing a re-legitimization of the TPLF, would mean for the Prime Minister to accept the option of a negotiation built on the admission of military defeat, with the real risk of starting a political crisis at the central level of the state.

The federal government chaired by Prime Minister Abiy Ahmed, through its ambassador to the United Nations, Taye Atske Selassie, rejects all the accusations made by Guterres and the TPLF, claiming on the contrary that the flow of humanitarian aid to Tigray is systematically plundered by TDF militias. At the same time, according to Addis Ababa authorities, Tigray forces are also responsible for the slaughter of numerous cattle belonging to Amhara farmers, with the sole purpose of depriving them of food and economic support.

On August 25, finally, both the United States and the European Union have again denounced the entry of Eritrean troops in the Ethiopian region of Tigray. The Secretary of State Antony Blinken in particular defines the number of Asmara’s soldiers who have crossed the borders of the country as huge, especially near the centers of Humera and Adi Goshu, while at the same time the Treasury Department has announced the imposition of sanctions against individuals of the Eritrean government and institutions accused of crimes against human rights within the military operation conducted in Tigray.

In addition, according to the U.S. State Department, Ethiopian Prime Minister Abiy Ahmed reportedly conducted a secret visit to Asmara on August 17, while en route to Turkey, where he later paid an official visit and also met with President Recep Tayyp Erdogan. No official information about the visit to Asmara was leaked in either Ethiopia or Eritrea, while the United States suspects that the main purpose was to coordinate the joint military effort in Tigray.

Finally, the U.S., through the organization USAID, also joins the position of UN Secretary General Guterres by accusing the federal government in Addis Ababa of preventing the smooth flow of tarian human aid into the Tigray region.

Samantha Power, who heads the agency USAID, issued a statement in which she described the flow of humanitarian aid as completely insufficient, leaving warehouses empty and thus preventing the distribution to the civilian population. The blockage of aid, Power added, is not due to the scarcity of food but to the “continuous obstructions” caused by the Ethiopian government.