The Federal Army of Ethiopia, supported by the Amhara, Afar and Somali militias, launched a massive counter-offensive to stop the advance of the TDF and prevent the isolation of the forces still present in western Tigray. 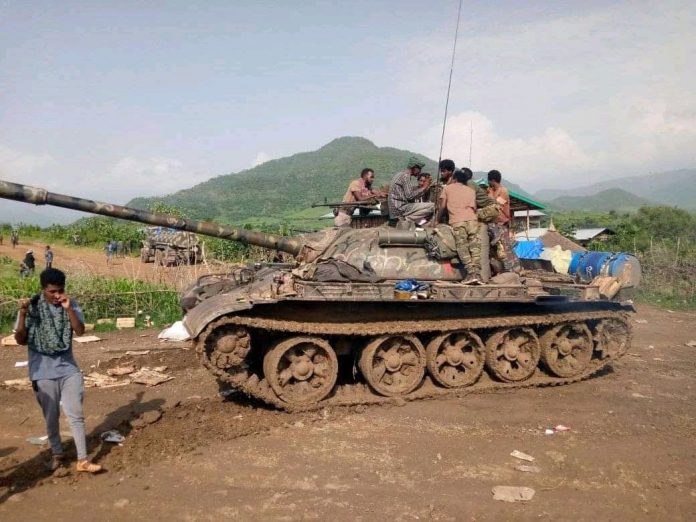 The Ethiopian Federal Army launched last week a counter-offensive in the Amhara region to prevent the advance of the TDF toward Gondar and the road junctions linking the western region of Tigray with the Amhara region.

The operation seems to have been planned and organized on a large scale and with extensive use of the best military units of both the federal army and the regional militias of some states of the federation. The objective, according to the plans of the high command in Addis Ababa, is to definitively crush the advance of the TDF forces in the direction of Gondar, and at the same time to prevent the isolation of the Amhara forces still present in the western regions of the state of Tigrai, which would find themselves isolated and without supplies if the road of communication around Gondar were to fall.

Another axis of the counteroffensive is to the south of Macallè, along the A2 road, in what appears to be a plan to regain ground in the direction of Weldiya, up to the border with the federal state of Tigrai.

The military operations of the federal counteroffensive began in full force on September 2, with a force that seems to have taken by surprise the units of the TDF, which had been on the offensive for some time, and probably did not expect to be attacked with such a capacity and consistency.

Intense fights took place on September 4th south of the city of Mersa, along the road leading to Dessie, between the TDF forces and the federal ones, supported by militias of some regional states, among which particularly those of Amhara, Somali and Afar.

The intensity of the military operations organized by the federal army seems to have had the better of the TDF forces, reconquering in a few days most of the areas previously occupied by the Tigrinya near the B22 communication artery. In particular, the fighting took place in the area of Debre Tabor, with the reconquest of numerous villages by the ENDF and regional militias and the simultaneous destruction of a number of armored vehicles.

The federal forces also used a number of attack helicopters in the fights, thus confirming their will to attempt a decisive action against the TDF forces that have spread in depth in the Amhara and Afar regions during the previous weeks.

Near the village of Dabat, on September 4, the ENDF and Amhara forces managed to inflict a heavy defeat on the TDF forces, capturing a large arsenal of weapons and vehicles at the end of intense fighting.

According to communiqués issued on both sides of the front, and impossible to verify at present, there are thousands of victims of the conflict. The TPLF has recently claimed to have killed more than 3,000 men of the federal army and militias allied to this, while the government in Addis Ababa claims on the other hand to have killed almost six thousand Tigrinya fighters. However, neither side is able to provide any evidence of the data reported, nor to specify whether they refer to the entire duration of the conflict or only to the last and bloodiest phases.