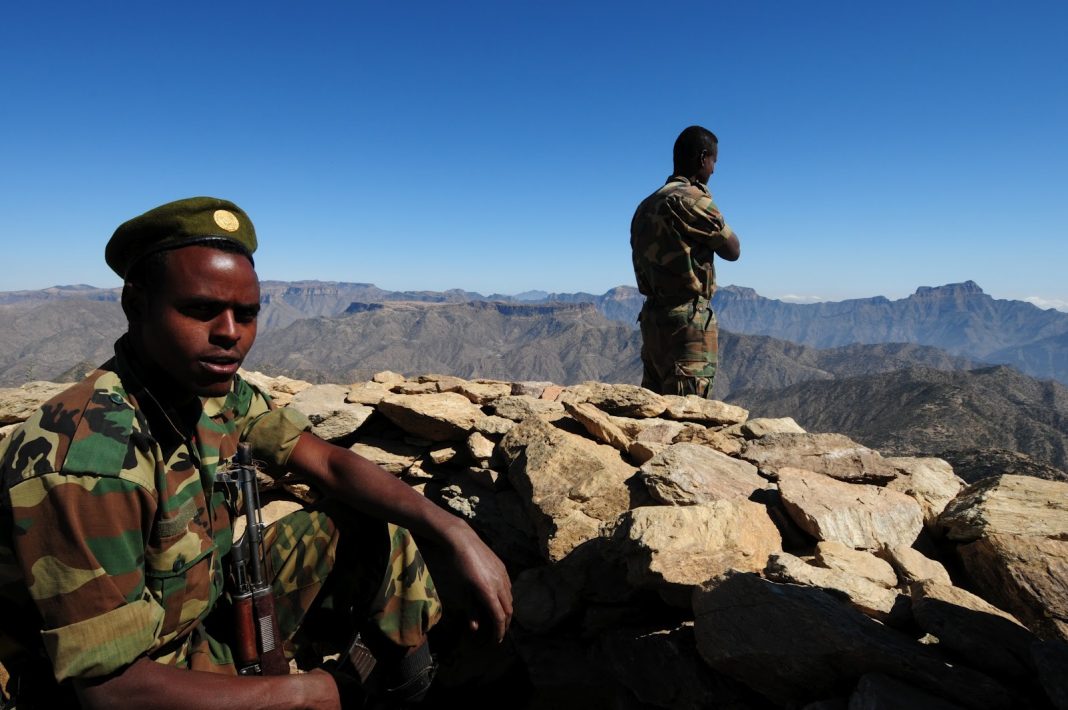 The continuing conflict in the northern regions of Ethiopia has led in recent weeks to a new increase of Eritrean units in the country, in support of the federal forces of the ENDF and with the aim of stopping the offensive underway by the TDF since mid-August in the direction of Debre Tabor and Gondar, on the one hand, and Weldiya on the other.

The central government in Addis Ababa, exhausted militarily and economically by the effort of the conflict since last November, is committed to defining a political strategy aimed at ensuring the federal government the support not only of Eritrea, but also of the militias of the individual regional states of the country.

The reinforcement of Eritrean forces along the northern borders and – in all likelihood – in several areas of northern and western Tigray, together with the influx of soldiers from the regional forces of Amhara, Afar and Somali, made it possible at the end of August to stop and repel the offensive of the Tigrinya military units of the TDF, preventing the fall of the cities crossed by the A2, B22 and B30 road junctions.

The control of these nerve points of the Ethiopian road system, in fact, would have allowed the TDF forces to isolate the western Tigray (where there are Amhara and Eritrean units) and make connections with Afar extremely difficult.

In order to face this reversal of the military balance, the TPLF adopted a strategy mirroring that of the federal government in Addis Ababa, defining an extensive plan of regional alliances with most of the organizations of opposition to the federal government. These organizations, mainly structured on an ethnic basis and of modest numerical consistency, see in the alliance with the powerful military apparatus of Tigray the opportunity for a significant increase in their offensive capacity.

On August 11, the commander of the Oromo Liberation Army (OLA), Kumsa Diriba, formally signed his alliance with the TPLF, announcing his intention to join the TDF military effort outside the regional state of Oromia.

A partnership whose actual nature and specific military capability is unclear, but which offers the TPLF a valuable opportunity to extend the scope of the conflict beyond the territory of Tigray, forcing the various military components of the regional states to re-evaluate the decision to move their units outside of their own territory.

For the TPLF, the question of the continuation of the armed confrontation and the involvement of armed movements of ethnic extraction is an expression of the now dominant view in Macalea regarding the future of its role within the Ethiopian federation. The path of secession seems to be by now a political dogma, strongly fed socially by the memory of the violence perpetrated by both ENDF and Eritrean forces in the first phases of the occupation of Tigray.

A different matter, however, on the front of the ethnic organizations involved in the clash. Most of these had a conflictual relationship with the TPLF during the long period of government of the Tigrayan-led country, when the TPLF dominated the governing component of the EPRDF (Ethiopian People’s Revolutionary Democratic Front) and looked with suspicion at all the forces that made up the diverse set of ethno-nationalism.

Many of these organizations (not always in agreement with their respective military components) have changed their political posture over the past decade, declaring their willingness to abandon secessionist intentions in the face of recognition of the autonomist prerogatives of each individual regional state entity. This balance lasted until the election of Abiy Ahmed to the post of prime minister on April 2, 2018, when through the role of the Prosperity Party the central government in Addis Ababa initiated a mighty turn in a centralist and nationalist key, in open opposition to the ethno-national prerogatives of individual states.

This turn of events has not only determined the conditions for the conflict in Tigray, but has also fuelled a growing climate of distrust within the political components of ethno-nationalism, not infrequently provoking a break between them and their respective armed components. While on the one hand, therefore, many of the regional political forces have sought compromise, the armed organizations of the same political components have undergone a process of radicalization that has led them back to military activism.

In this articulated evolution, moreover, a further element of complexity has been brought about by the change of objectives and priorities within the political forces hostile to the Prosperity Party.

While the TPLF – victim of the brutal violence of the federal and Eritrean forces – has veered sharply in the direction of secession and independence, most of the ethnic-federal movements now allied with Macallè do not have as their objective the breakup of federal Ethiopia but rather the defeat of the Prosperity Party and the return to a form of government that privileges the prerogatives of the autonomy of the individual federal states.

At the same time, however, the militias of these ethno-federalist forces seem largely oriented to support a secessionist vision, determining a dangerous condition of balance with the same political components of which they are in fact an expression.

In this context, then, it is clear that the risk of a political and military deflagration on a national scale is now a real variable, which the government in Addis Ababa tries to prevent through an upsurge of conflict against the TPLF, however, risking to accelerate the process of crisis rather than resolve it.