The counter-offensive of the federal government of Ethiopia and the Amhara forces against the Tigrinya TDF achieved limited objectives, not altering the course of the conflict. As a result, the USA announced new sanctions against Ethiopia, Eritrea, the Amhara and Tigray itself. 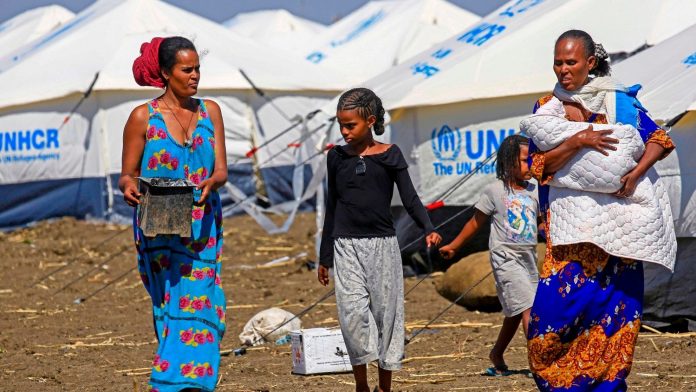 On September 17, U.S. President Joe Biden announced that he had adopted an executive order regarding new sanctions imposed against individuals and institutions in Ethiopia, Eritrea, and the Ethiopian regional administrations of Amhara and Tigray.

The new sanctions, not yet operative and conditionally linked to the cessation of the violence, have been defined by the United States as particularly severe, leading to angry replies from Ethiopia and Eritrea.

The objective of the United States is to obtain an effective ceasefire, threatening directly with sanctions the leaders of the involved states, trying in this way to obtain the concrete results that have so far been systematically lacking as a result of the conduct of all parties in the conflict.

The threat of new U.S. sanctions comes at a particular stage in the evolution of the conflict, characterized by intense military activity along most of the border between Tigray and the Amhara region.

In the last few days the TDF forces have regained control of the town of Sekota, in the Amhara region, a peripheral crossroad linking numerous localities close to the southern border of Tigray, while the Amhara forces have taken control of the outskirts of the village of Kobo (also in their region) along the A2 highway towards the nerve centre of Weldiya.

The offensive launched in the recent past by the forces of the federal army and the Amhara would have allowed them to regain control of a large part of the area near Debre Tabor, thus reducing the risk over the important road axis of the A3 and preventing the fall into the hands of the TPLF, which would have allowed the Tigrinya to isolate the Amhara forces that still occupy large part of western Tigray.

On the other hand, the front line south of Mekelle, in the Amhara territory along the course of the A2 highway and its B22 branch, remained almost unchanged. The Tigrinya forces of the TDF control the territory up to about 50 km south of Weldiya and, to the west along the B22, for over 120 km up to the town of Gashena.

The control of the territory appears to be interrupted in several points by the presence of units of the Amhara forces, which have pushed as far as Kobo in an attempt to interrupt the continuity of the road chain in the direction of Weldiya.

Although stopped in its advance towards the road junctions near Gondar, the Tigrinya offensive seems to have held up on most of the front, leaving the balance on the battlefield substantially unchanged from the past weeks.

Some areas north of Axum and Adigrat remain in the hands of the Eritrean army, in fact a wide border strip about 10 km thick, and in particular the border crossing of Adis Alem and the border area in the area of Koloburdo.

Still under full control of the Amhara forces, however, is the entire western offshoot of the Tigray region, including virtually all the territories west of the Tekeze river. The Tigrinya forces, however, have lost control of most of the stretch of the B30 highway south of their regional border, continuing to guard only a few kilometres inside the Amhara territory. The TDF forces have in particular lost control of the town of Zarima, thus limiting their presence along the stretch of the B30 in Amhara territory just a few kilometres south of Addi Arkay.