While the violence continues in the regions of Tigray and Amhara, the federal government of Ethiopia is trying to organize the second round of the elections of last June, having however to suspend the vote in some constituencies. 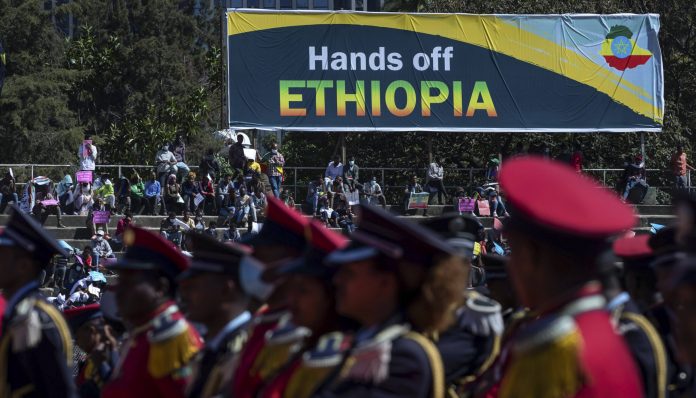 There does not seem to be significant improvement in Ethiopia’s ongoing conflict in the Tigray region, where on September 24 new clashes were reported southwest of the Tigray border, deep in the territory of the Amhara region, near the towns of Amdework and Sekota. A bridge over the Tekezè river was allegedly destroyed by an explosion, although mutual accusations did not allow to ascertain the responsibility of the action.

Intense fighting between Amhara and ENDF forces, on one side, and those of the TDF, on the other, is said to be ongoing along the entire southern border strip of Tigray, under TDF forces control after having militarily occupied a large swath of Amhara territory close to the border.

Tigrinya forces are said to have launched a new counter-offensive in an attempt to regain the roads linking Gondar and the city of Debre Tabor.

Several local and international press sources have reported violence perpetrated by TDF forces during the recapture of Kobo village, in the Amhara region, where violence has been described as a massacre of local farmers.

Ethiopia’s overall instability is also indirectly confirmed by recent news regarding the second round of elections for the remaining 47 seats in the federal parliament and the 105 in the regional administrations. However, the second round of the elections held last June – where the Prosperity Party of Prime Minister Abiy Ahmed secured 410 of the 436 seats – will not be held in 18 constituencies of the Amhara region and 8 constituencies of Oromia, as a consequence of the serious security conditions determined by the continuing conflict in Tigray. Elections have also been postponed in a number of constituencies in the Afar region and Benishangul Gumuz, again for security reasons, thus creating a far from reassuring picture in terms of the overall stability of the Ethiopian federation.

Complex and at the same time embarrassing for Addis Ababa is the issue of Tigray’s vote, which has been suspended because of the return to Macallè of a local Tigrinya administration – the TPLF – now openly aiming at independence.

The political crisis was further deteriorated by the news that in the Somali region both the Ethiopian Citizens’ Party for Social Justice (Ezema) and the Party for Freedom and Equality (FEP) had announced their withdrawal from the second round of the elections, following the decision taken only a few days earlier in the Oromia region by the Ogaden National Liberation Front (ONLF). In addition to a general state of insecurity, these and other parties denounce the theft of numerous ballot papers, which in their opinion will be certainly used in a fraudulent way, leading to a distorted result of the electoral process.