Vice-Premier Mahdi Guleid is the first MP to be elected to the Lower House of Parliament. Despite some controversy, the start of the elections also testifies to a more relaxed climate among the political leaders. The crisis in Ethiopia may favour a détente with Kenya, which would benefit Somalia in the short term. 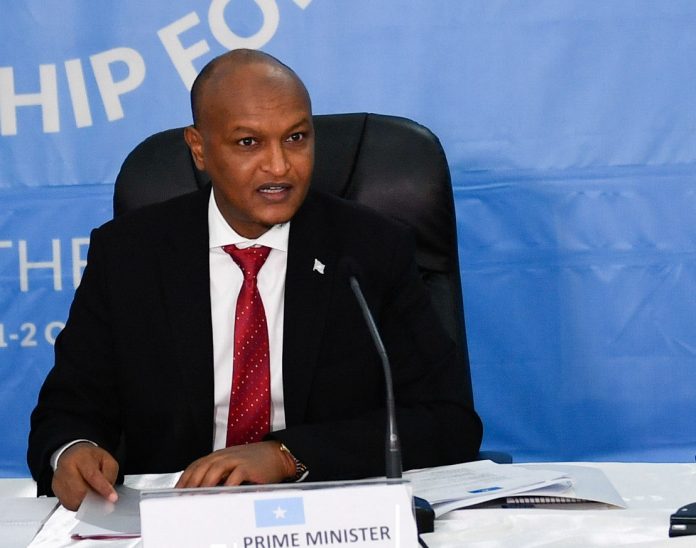 The first members of the Lower House of Parliament were appointed on 2 November. The long delay in the electoral timetable agreed in May was at least partly compensated for by the easing of the political differences that had hitherto prevented voting from proceeding. The first MP to be elected is the current Vice-Premier; there has been no lack of controversy from the losers.

This more relaxed dynamic is also confirmed by the arrival in Mogadishu of a delegation from the Ministry of Foreign Affairs in Nairobi. Kenya’s Ambassador to the Somali Republic, Tumbo, led it in a meeting with Somali Foreign Minister Abdirizak and a team from his Ministry. This is the first bilateral discussion since the International Court of Justice issued its verdict on the maritime boundary in October.

The aim is to follow up on the agreement between Kenyan President Uhuru and Somali Prime Minister Roble, who in August announced the imminent creation of a joint Commission for cooperation. There is no shortage of areas for joint initiatives – from agriculture to tourism, from trade to investment, from security to defence. It remains to be seen how far diplomats will be able to go if political leaders do not want to make their bilateral and personal relations more cooperative. However, the Chief of Staff of the Kenyan Army, Gen Kibochi, said he did not see a negative link between the ruling and cross-border cooperation. It is an important step towards more fruitful a relationship.

The day before, the Somali Foreign Minister had received the Turkish Ambassador Yilmaz, with whom he had discussed cooperation and investment in these same areas and relations between two “brotherly” peoples. The local press’s mention of the worsening conditions of Somalis living in Turkey contrasts with this definition and with the deep relationship established since 2011. There are certainly not open tensions, but the simultaneous seizure by the intelligence agencies of drones sent by Turkey is part of a certain cooling of the bilateral relationship with Ankara, which until now has been idyllic.

The simultaneous crisis in Ethiopia may push others to find elements of cooling of tensions in this phase, from which Somalia could only benefit in the short term.

Facebook
Twitter
Pinterest
WhatsApp
Linkedin
Email
Print
Telegram
Viber
Previous articleThe evolution of the conflict in Ethiopia and the variables of risk for Eritrea
Next articleAn assessment on Ethiopia, one year after the outbreak of the conflict in Tigray