Somalia grapples with new violence, but a positive interlocution with the UAE is observed

The national chronicle in Somalia is studded with minor security episodes, which denote a control of the territory that is still fragmented and disputed between heterogeneous actors, particularly in the interior. However, the meeting between Prime Minister Roble and the Ambassador of the Emirates to discuss cooperation and the fight against drought is a noteworthy event that may help the Country move forward. 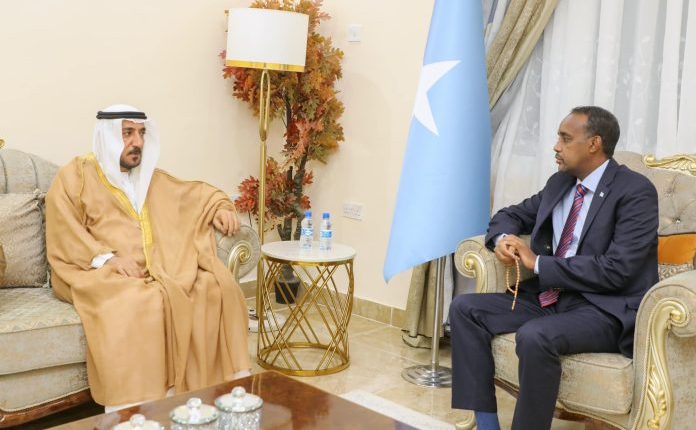 An explosive device placed on the side of the road between Buurane and Mahadey detonated when a patrol of Burundian soldiers belonging to AMISOM (African Union Mission in Somalia) passed by; four soldiers were killed by the explosion (December 9th), later claimed by al-Shabaab militants.

Other violence took place in Hirshabelle: the explosion in a restaurant in Jowhar (December 11th) killed one person and wounded four, including two MPs. This action was also claimed by the Al-Shabaab, which in a separate attack had targeted the city’s airport with mortar fire (December 8th).

Security forces made several arrests of militants in Galkayo, Mudug, while tensions between rival armed groups are reported to be on the rise in Bosaaso in Puntland and in Galmudug. Here, clan-based tensions escalated into deadly clashes (December 10th), which were later controlled.

These dynamics may have been an element of the discussion between PM Roble and UAE Ambassador to Somalia Al’Uthman (December 8th), a noteworthy development at the central level. Relations between Mogadishu and Abu Dhabi have cooled considerably in recent years and in particular after 2017-2018, but official communiqués following the meeting describe cordial talks attempting at finally turning the page.

The discussion also touched on cooperation on fighting drought and on bilateral economic cooperation. The UAE is also developing these issues with Israel – a new ally after the Abraham Agreements – and even with Turkey, a regional arch-rival. Somalia becomes an area where new possible alignments can be tested immediately, while Turkey has not hesitated to shore up its allies in Mogadishu also by delivering military drones.

Once again, there seems to be a connection with the crisis in Ethiopia, whose leadership close to President Farmajo is supported by the Emirates. A telephone conversation between the Ethiopian Premier Abyi and the Somali President Farmajo (December 9th) testifies to how crucial this dynamic is in cooling any possible extension of instability to Somalia and cementing its role as ally of Addis.

As for the vote, the election of two MPs in the Southwest was annulled due to fraud. The move may mark a détente with the opposition, which had threatened to boycott the vote. Other polls in Galmudug are currently under scrutiny for possible irregularities.