The advisor to the president of Tigray, Getachew Reda, announced by Twitter that the TPLF has ordered and completed the withdrawal of its troops from the territories of the regional states of Amhara and Afar. A move justified by the need to minimize the ongoing military defeat, which fuels unlikely speculations within the Ethiopian community. 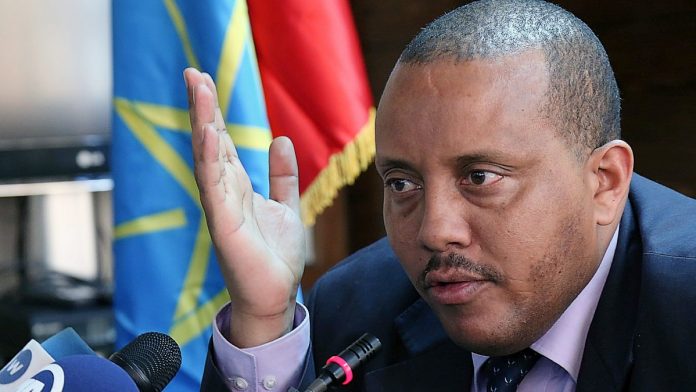 In an announcement released on December 20 via Twitter by Getachew Reda, member of the TPLF executive committee and personal advisor to the president of Tigray, the ruling party of the regional state of Tigray announced the completion of the withdrawal of its TDF forces from the territories of the regional states of Amhara and Afar.

The communiqué goes on stating that the decision was taken in order to remove any pretext by the international community not to pressure the federal government headed by Abiy Ahmed and its regional partners to stop their ongoing “genocidal campaign” in Tigray.

It is then denounced the renewed danger arising from the threat from Eritrea, which according to Getachew Reda is still characterized by “appetite for a new genocide”. In addition to still occupying the western, northwestern and northeastern regions of Tigray, Eritrea is indicated by Reda as “heavily involved” in recent operations conducted in the regional states of Amhara and Afar.

Finally, the communiqué concludes with a call to the international community, requested to exert the necessary pressure against the federal government, its allies and Eritrea, preventing it from launching a new military campaign against Tigray.

In this way, the TPLF leadership implicitly tries to make the retreat of its military units from the Wollo region appear as the result of a political decision, and not as the consequence of a military defeat, with the progressive loss of all the territories conquered during the last months in an attempt to reach Addis Ababa and cause the fall of Abiy Ahmed’s government.

The total blocking of information from the region, and the simultaneous proliferation of unofficial news through the social media network, has further fueled the diffusion of contradictory perceptions about the evolution of the conflict and political alliances.

Especially among the Amhara, it seems there is a rooted belief of a secret agreement reached between the TPLF and the Prosperity Party of Prime Minister Abiy Ahmed, for a redefinition of the regional borders as they were in November 2020, which would imply the de facto acceptance of a return of Tigray to its western territories, to date under the occupation of the Amhara and Fano militias.

Such a strategy, however, would lead Prime Minister Abiy Ahmed to implicitly admit the failure of the war in Tigray and the de facto victory of the TPLF, most likely initiating the political process for the independence of Tigray. A politically untenable consequence for Abiy Ahmed.

The hypothesis of a secret agreement between Abiy Ahmed and the TPLF, in addition, would likely be opposed first of all by Eritrea, which supported the Ethiopian PM and participated in the conflict with the explicit purpose of erasing the political presence of the TPLF from Tigray and the influence of its elites from the entire region.